As an independent steel coating company, WHEELING-NIPPON STEEL now enjoys the benefit of ties to one of the world leaders in coating technology and innovation while serving our customers with the best possible coated steel products to meet your needs. The expectations of the US domestic coated flat steel market is ever increasing demands for better product performance. WHEELING-NIPPON STEEL accepts this challenge as your value added corrosion resistance sheet steel supplier.

To find out more about WHEELING-NIPPON STEEL's parent company, click on the NIPPON STEEL logo to visit the official website of NIPPON STEEL CORPORATION.

On December 13, 1986, ground was broken in Follansbee, West Virginia, for the construction of our first hot-dip coating line - the Aluminizing and Galvanizing Line or AGL. By April 1988, Wheeling-Nisshin commenced operation of the AGL - the first fully computerized, state-of-the-art steel-coating facility in the United States. 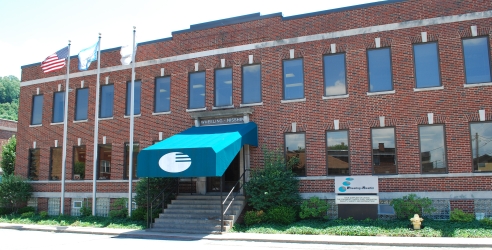 In March of 1993 the Continuous Galvanizing Line or CGL was completed. The CGL provided an even more advanced coating line, added Galvalume® to the product offering, and extended Wheeling-Nisshin's production capacity to 700,000 tons per year - with the AGL at 400,000 tons and the CGL at 300,000 tons.
The CGL is the nation's first high speed, hot-dip line specializing in light-gauge (tin plate thickness) coated products.
In October 2012, the ZAM® project was launched. This $28 million investment was completed one year later. WHEELING-NIPPON STEEL is now the first zinc, aluminum, magnesium (Zn-Al-Mg) alloy producer in the United States - and the only steel producer in North America to produce all five major hot-dip coated products.
Our products are used for a variety of applications such as automotive, appliance, building, and construction. 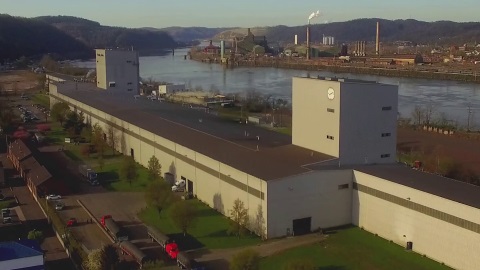 Take your own personal tour of our amazing facility to learn where we came from and where we are going.

Learn about our coated steel products!